Rymes Reedbed lies to the north and northeast of Holme Fen National Nature Reserve. It is bounded to the north by a major drainage dyke, Yaxley Lode, and to the west by the East Coast Mainline Railway.

Previously this was arable farmland; Holme Lode Farm and New Barn Farm. Before the farms existed this was the site of Trundle Mere, a large open body of water which, until it was drained in the 1840's was connected to its larger neighbour, Whittlesea Mere. There was also once a reedbed here named Rymes Reedbed, after which this part of the Great Fen area has been named.

The restoration of Rymes Reedbed began in 2011, so the land is still in the early stages of restoration work. Some fields have been sown with grass so that sheep can graze and remove the surplus nutrients applied when the land was under the plough.

This part of the Great Fen is being developed primarily for the benefit of wildlife - in particular for those species which are likely to require low levels of disturbance. For this reason, even when construction work is complete, public access will be restricted across most of the site. However, traditional land management practices such as grazing and reed cutting are expected to be possible in the future.

If you would like to visit Tower Hide at Trundle Mere please park at one of the car parks at Holme Fen. Please see the route to Tower Hide on our Holme Fen page. 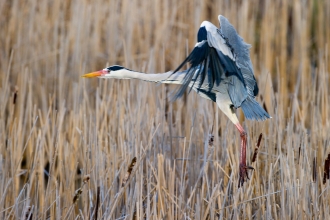 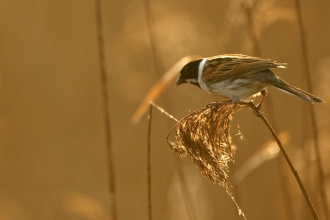 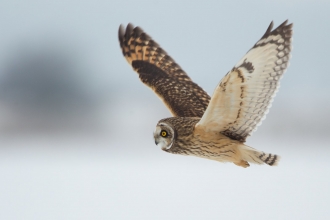