Great Changes in the Great Fen

Helen Bailey shares some of the changes she has seen during her time at the Great Fen whilst working as a Restoration/Reserves Officer.

I have been involved with the Great Fen for almost nine years, initially as a volunteer, before becoming a full-time member of staff in 2014. As the saying goes, ‘time flies when you’re having fun’, well it certainly has. There have been numerous challenges along the way, which have made the fruits of our labour even more rewarding. On the grand scale of things, this time has been short, but amazing progress has been made.

Most of our fields look like any other grassy field, but this is because they are undergoing the restoration process, and there are subtle changes happening within them. This could be changes in number of non-grass species or the reduced vigour of growth. When land finishes being arable and the first grasses are sown there’s that nail-biting moment of wondering will it grow or will it be overrun with the inevitable weed burden that occurs as a result of excess nutrients in the soil? Initially, most of the land becomes temporarily swamped with fat hen, a weedy annual plant. But after a quick flail, the first shoots of grass hidden underneath leave us hopeful that all will go well! Nine years on, we still have to keep thistle and ragwort in check. If left to their own devices, these thugs of the wildflower world would take over, outcompeting the vegetation we are trying to encourage. 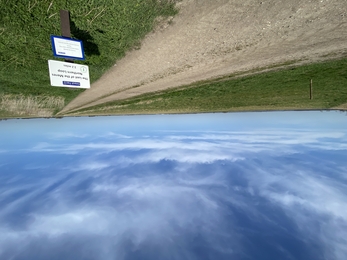 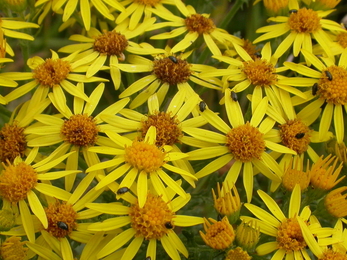 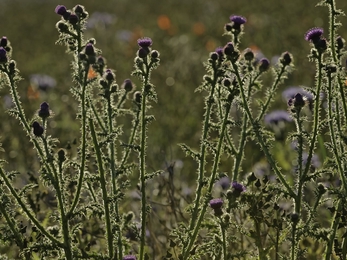 I have witnessed the transformation of flat featureless fields into the damp and watery refuges of today. Reed, once confined to the ditches, is now creeping outwards, appearing in the newly created shallow channels and pools, providing shelter, feeding and nesting opportunities for a host of invertebrate, bird and mammal species. On a landscape scale, boundaries are becoming less obvious, especially at Rymes Reedbed and Kester’s Docking. This was evident last autumn, when my colleague Mark Ullyett and I were looking towards Holme Fen from Kester’s Docking. As the colours of the grassland and reeds blended seamlessly with the colours of the trees in Holme Fen, we could see progress on a landscape scale. 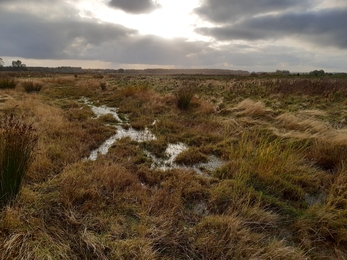 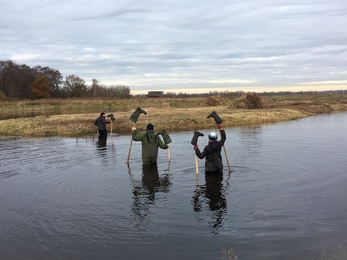 Wade in the water 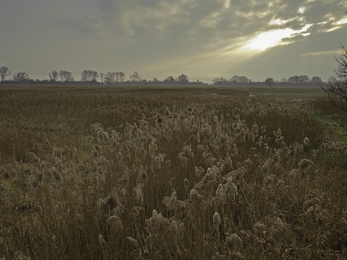 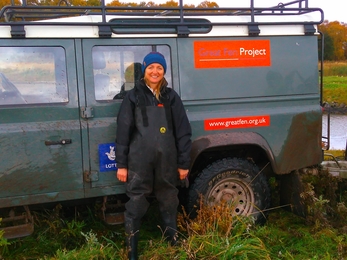 The inherited soils were dry, resembling nothing like the wet fenland soils they once would have before the modern drainage of the whole area in the late 18th/early 19th century. We rejoiced when awarded with a water abstraction licence by the Environment Agency. This allowed us to fill the new pools and channels and store water in our small reservoirs for later use. This was the start of the journey to re-wet the soils and ultimately lock away carbon. Jumping just a few short years on, we’ve managed to re-wet the soil to a level that means even after a hot dry summer the soil moisture levels are higher, so it takes less time to bring the water up to the surface. Naturally, the last two wet winters have helped and we're able to manage this water on our fields without affecting the surrounding farmland at all.

If you provide the landscape, nature will come.

Although butterflies recorded on the restored land are common species such as meadow brown, tortoiseshell and peacock, the sheer abundance has been most evident. The same can be said for other species such as increasing numbers of lapwing and starling. And all this is as a result in changing the land use and managing it so that it’s conducive to their survival. 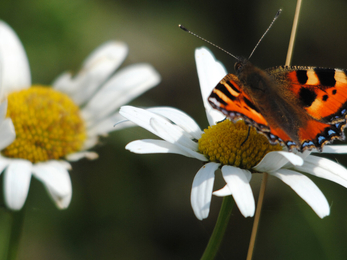 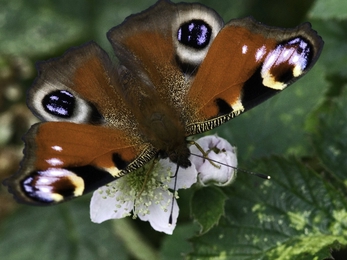 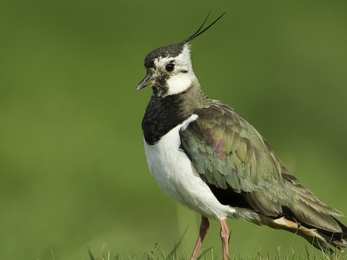 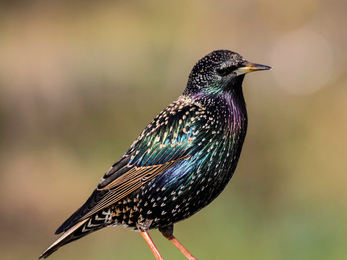 Then there is the joy of seeing 20 little egret feeding on the wet pools which have appeared over this wet departing winter. There were no little egret when I started at the Great Fen.

I have felt privileged to have seen my first water vole here while wading through one of the ditches at Kester’s Docking. I was almost at eye level so caught a glimpse of its secret watery world. My first and only otter was seen fleetingly on the river near Corney’s Farm, but we know there are more from the tell-tale signs of spraint and smooth access routes into the ditches.

The soundscape has altered too. On a breezy day, which is often, there is an almost hypnotic swish as the reeds sway to an unheard rhythm. Then who can miss the amazing warbling and surprisingly loud song of the skylark, of which we have many residents in the drier parts of the Great Fen. Most noticeable just before Christmas at Rymes Reedbed, was the immense volume of wigeon and teal calling on the old farm reservoir. This is what we have been working for!! 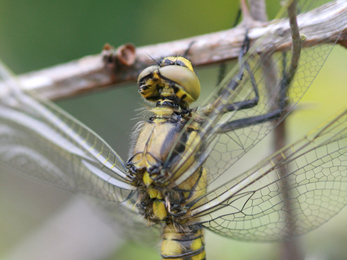 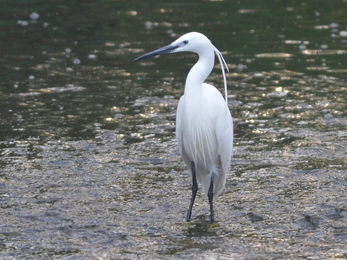 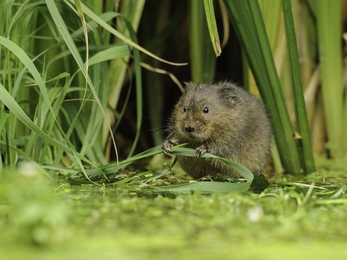 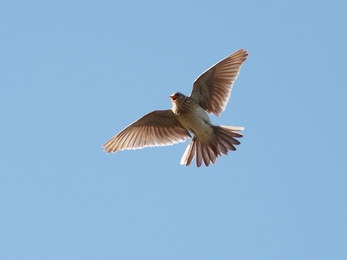 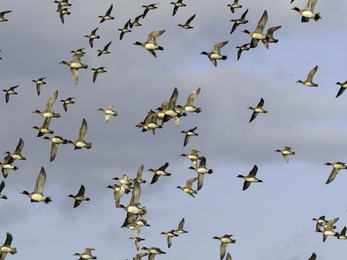 Challenges have arisen and been conquered over the years. We don’t have the same conversations with people we meet on our travels around the site. Once we had to convince the wary visitor that we really were not going to flood everywhere and that a few pools and some wet grassland would be the reality. Now we can talk about and delight in the wildlife that’s turning up as a result of the mosaic of habitats we’ve created.

Once, another visiting conservation organisation considered us as the Great ‘When?’ as in their eyes progress was so slow, but it was early days and the Wildlife Trust doesn’t carry out guerrilla planting, instead favouring a more natural approach - you can’t rush nature! However, to our joy a couple of years later when the same group returned, they were rewarded with short-eared owls quartering over tufty grassland which were suddenly joined by a rough-legged buzzard and two grazing Chinese water deer. Right on cue! The group departed buzzing with joy.

The advice of the late Jon Smith, who initially guided me into my journey of working at the Great Fen, has always stayed with me. He told me that no matter how busy you are you should always take time to just stop and observe: it is absolutely still true!

(New Decoy has a bird hide constructed from locally sourced materials, in particular straw bales. The hide is now known as Jon's Hide in memory of Jon Smith, the Great Fen Restoration Officer who was responsible for its creation.)

Hear more from Helen and colleague Mark as they take us through A Year in the Life of a Great Fen Restoration Officer. This fascinating talk is ideal for anyone interested in the practical work taking place in restoring the Great Fen wetland and peatland habitats or for those interested in a career in conservation. Thursday 6th May, 7pm.

Project Manager Kate Carver talks us through the exciting leaps forward for the crops, the science and the people of our peatland…

Tristan Colaco, Natural England Reserve Warden, highlights the special wildlife thriving on our nature reserves as a result of habitat…

Saturday 19th June was Celebrate the Fens Day. The day drew events across the region, bringing communities together, showcasing the…